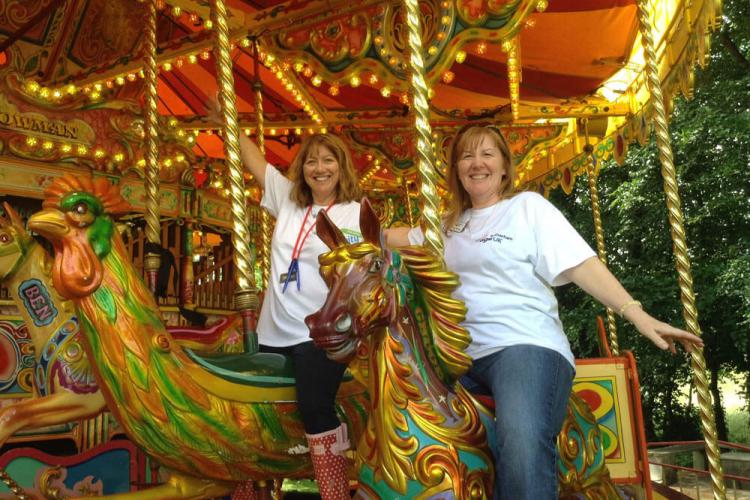 A staggering £3,610.69 was raised at our 'Amazing Charity Fun Day' for AgeUK Rotherham in their 30th anniversary year.

Over the last few years Ye Olde Bell has earned a reputation for not doing things by halves and this event was certainly no exception with a 'Be Prepared to be Amazed' Theme!  Over 300 visitors were treated to an array of different activities and attractions including a giant Helter Skelter (taller than Ye Olde Bell itself!), an elaborate Vintage Carousel, performances from Harworth Brass Band, Retford's DeBurnay’s School of Dance and the Lynx Academy of Martial Arts – plus a special guest opening by long time friend of Ye Olde Bell and Grandfather of One Direction star Louis Tomlinson, Len Poulson.

There was a choice of food all day ranging from an extensive barbecue, the ice-cream van courtesy of Manfredi's plus traditional afternoon tea and an all-day bar.

One of the unexpected highlights was the Tug-Of-War Competition, seven teams battled it out in front of a large and noisy crowd to earn the title of "Ye Olde Bell Tug-Of-War Champions" with East Retford Rugby Club not surprisingly eventually reigning triumphant. The Bake-Off competition, sponsored by Amanda’s Cakes was a more civilised affair and was won by Pauline Higgins of Rotherham.

“There was so much happening throughout the day, everywhere you looked people were having fun and enjoying themselves,” said Kate. “Our aim was to host an event that would give local families the opportunity to come and enjoy a wonderful day out together, share some great memories and at the same time support a really worthwhile cause, which helps the very precious older generation of our families.  I am really proud of the effort everyone put in to make it happen and would also like to say a particular thanks to all the exhibitors, display performers and the generous donations of prizes from many of our suppliers and friends.”

Lesley Dabell, Chief Executive of Age UK Rotherham said "Ye Olde Bell Charity Fun Day proved a fabulous day for everyone, with all the fun of a vintage fair. We are staggered by the amount raised of £3,610.69 which will support our 'Befrienders' scheme of 80+ volunteers.  I would like to thank everyone who came along and contributed wholeheartedly to the day including those local businesses who donated fabulous prizes for the charity auction, raffle and tombola."