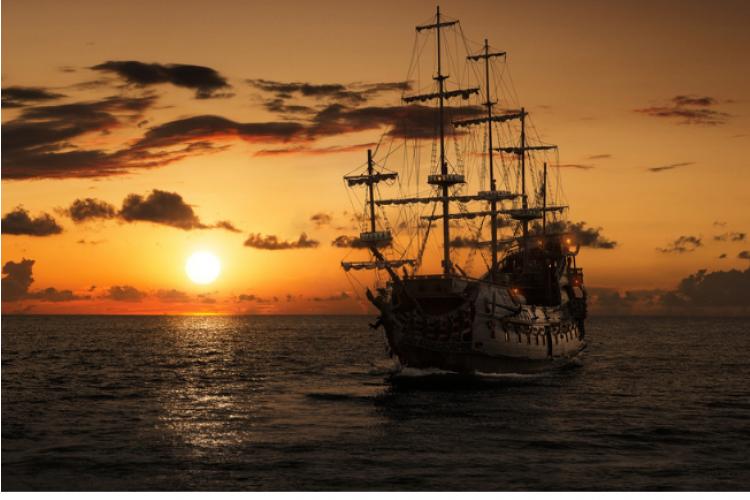 2020 marks the 400th anniversary of the sailing of the Mayflower to the New World. On September 6th, 1620, the pilgrim Separatists sailed from Plymouth in their quest to forge a better society and enjoy greater religious freedom.

Four centuries later, and over 30 million US citizens are descended from the original pilgrims on the Mayflower.

Nottinghamshire is part of Pilgrim Country, a region which also covers South Yorkshire and Lincolnshire – and Ye Olde Bell is right in the heart of it. Many of the pilgrims headed south from this region, some no doubt passing Ye Olde Bell on the way, on their way to the New World.

To mark the anniversary, events will be held all over the UK. So, what’s going on in Nottinghamshire? Let’s look. 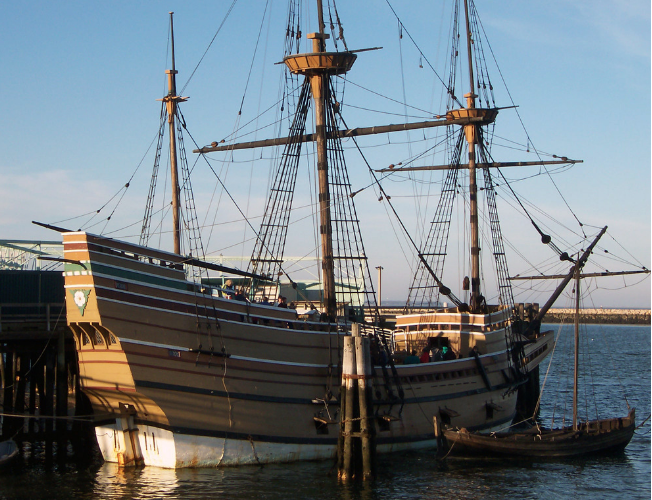 This event is planned to take place at Worksop Library on March 25th, 2020, at 2pm. However, due to the recent flooding, it is currently cancelled. If you are interested in going along, you can find more details here to keep updated on when it will reopen.

At this event, Dr Anna Scott, an expert on the Mayflower, will talk about the pilgrims from the region including William Brewster, providing expert insight into their lives. If you are interested in the Mayflower, this is one event you won’t want to miss. It only costs £3, and you need to book ahead to reserve your place.

The Spirit of Mayflower: Language of Sculpture Exhibition is one of the highlights of the anniversary celebrations. This is being held at Creswell Crags in Worksop from March 3rd to April 19th, 2020, and is free to enter.

At the exhibition, artist Rachel Carter will use a family tree to show her own ancestry alongside stories of the pilgrims to provide a unique insight into the history of the region. 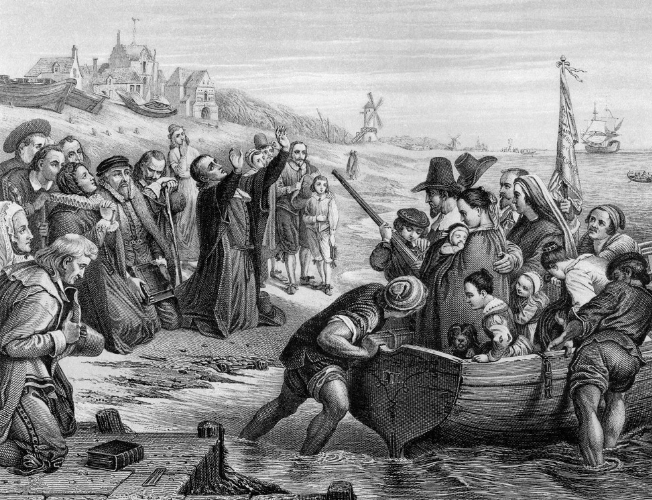 Head to Bassetlaw Museum to see the Pilgrims Gallery, which opened in September 2019 in time to celebrate the anniversary. The gallery is part of the Pilgrim Roots Heritage Project.

Here you will find a replica of William Brewster’s study along with films and audio stories. There are even costumes to dress up in.

2020 is the perfect time to visit some of the most important places of interest in Pilgrim Country. You could start by visiting the Nottinghamshire villages of Scrooby, Austerfield and Babworth in the Bassetlaw district, only a 10-minute drive from Ye Olde Bell, as well as Retford, a market town, and Sturton le Steeple.

These places played an important role in the Mayflower story because they were home to many of the pilgrims. For example, William Brewster lived in Scrooby, and you can still see his old house, the Manor House, where he used to live and where secret Separatist congregations were held.

William Bradford, another important Separatist figure, was born in Austerfield, and you can visit the Austerfield Study Centre to find out more.

If you would like to take a tour of the region, Pilgrims’ Roots, which comprises various heritage sites, councils and tourism bodies, has created some special itineraries for the 400th-anniversary celebrations. These provide a great opportunity for anyone tracing the history of the pilgrims.

The Pilgrims’ Roots tour, for example, starts in Droitwich and takes you to the villages of Scrooby, Austerfield, Babworth and Gainsborough. It then goes to Immingham before going to Lincoln and Boston.

Others include the Pilgrims’ Journey tour and the Rebels, Royalty and Religion tour. Find out more about them in our previous blog post.

There’s a full list of Mayflower 400 events all over the UK that you can find here. Some of the most interesting taking place in Nottinghamshire are:

The local council has also provided details of a few events that will take place during the year:

Look out for more details of these events, the dates of which have not been released at the time of writing.

Go on Your Own Pilgrims’ Adventure

If you are interested in the Mayflower, the pilgrims and the Separatists, 2020 provides you with the perfect opportunity to explore the region and discover the rich and fascinating history of the area.

Ye Olde Bell Hotel and Spa is right in the heart of the region, making it the perfect base for exploring. Book your stay in 2020, and plan your very own pilgrims’ trail.